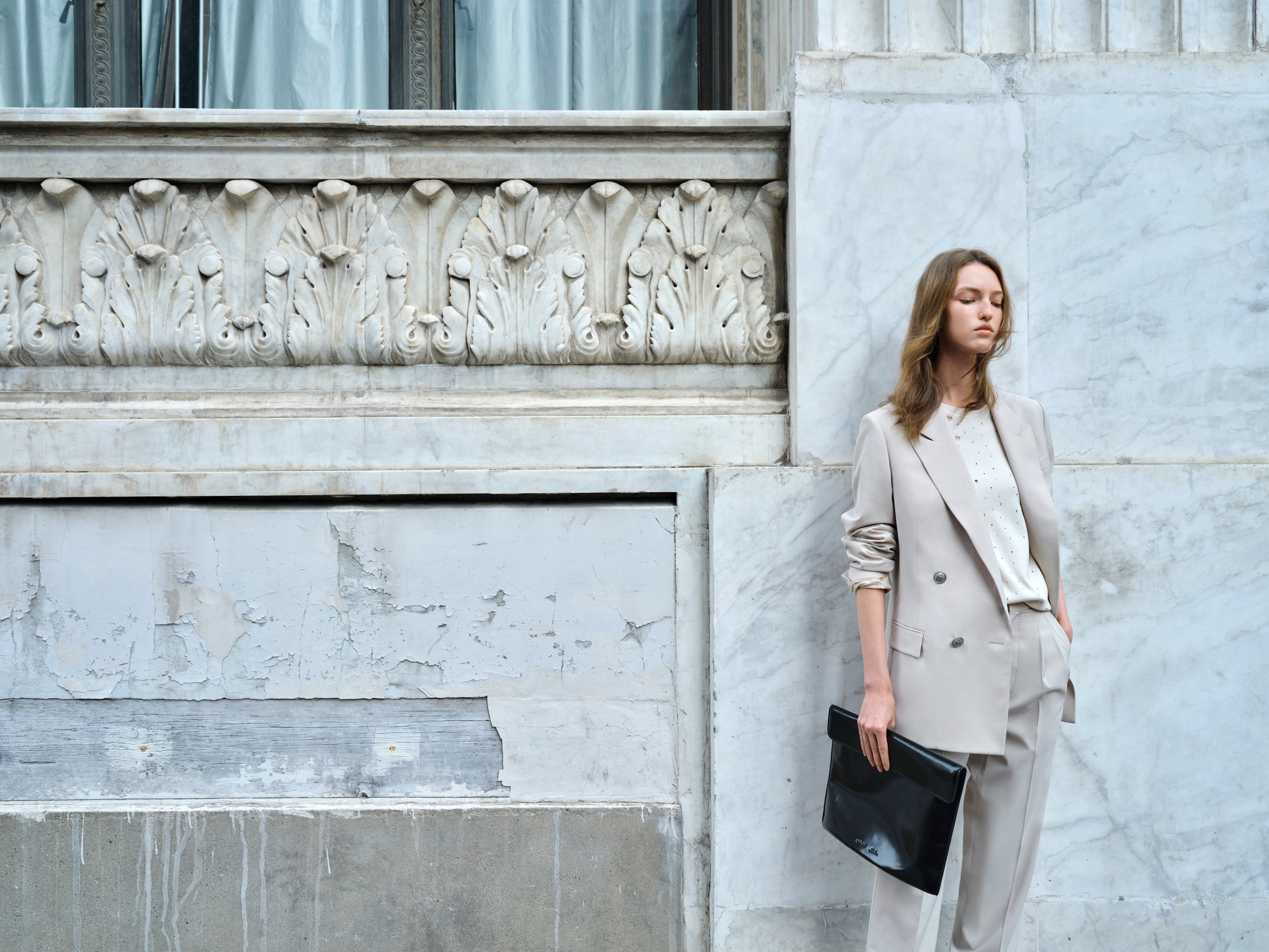 SHANGHAI, APRIL 8, 2022 /PRNEWSWIRE/ -- RECENTLY, OVV AND INDEPENDENT DESIGNER QIU HAO LAUNCHED THE FIRST JOINT COLLECTION WITH THE THEME OF "OPTIMISTIC CREATIVITY", BASED ON THE NEAR-EXTREME PURSUIT OF AESTHETICS AND QUALITY BETWEEN THE TWO SIDES, ALLOWING THE TWO TO FIND EACH OTHER IN DIFFERENT SYSTEMS. IN THE FORM OF A CAPSULE WARDROBE, THE SERIES PRESENTS OVV'S DEDICATION TO HIGH QUALITY AND RIGOROUS CRAFTSMANSHIP, AND IS ALSO THE COLLISION OF AVANT-GARDE DESIGN AND "EFFORTLESS SENSE OF LUXURY", PROJECTING A LONG-AWAITED AND IDEAL IMAGE FOR INDEPENDENT WOMEN.

WITH THE IMPROVEMENT OF CONSUMPTION LEVEL AND WOMEN'S CONSCIOUSNESS, A GROUP OF INDEPENDENT WOMEN WITH HIGH INCOME, OPINION AND PROFESSIONAL QUALITY HAVE GRADUALLY RISEN, AND THEIR REFLECTION ON POPULAR CONSUMPTION OF RESOURCES, THE PURSUIT OF HIGH-QUALITY CLOTHING, THE CHALLENGE TO TRADITIONAL WOMEN'S AESTHETICS, AND THE DESIRE FOR EFFORTLESS SENSE OF LUXURY HAVE BREWED A NEW TREND. WOMEN'S WEAR BRAND OVV IS BASED ON THIS CONCEPT, FOR INDEPENDENT WOMEN BORN OF HAUTE COUTURE. 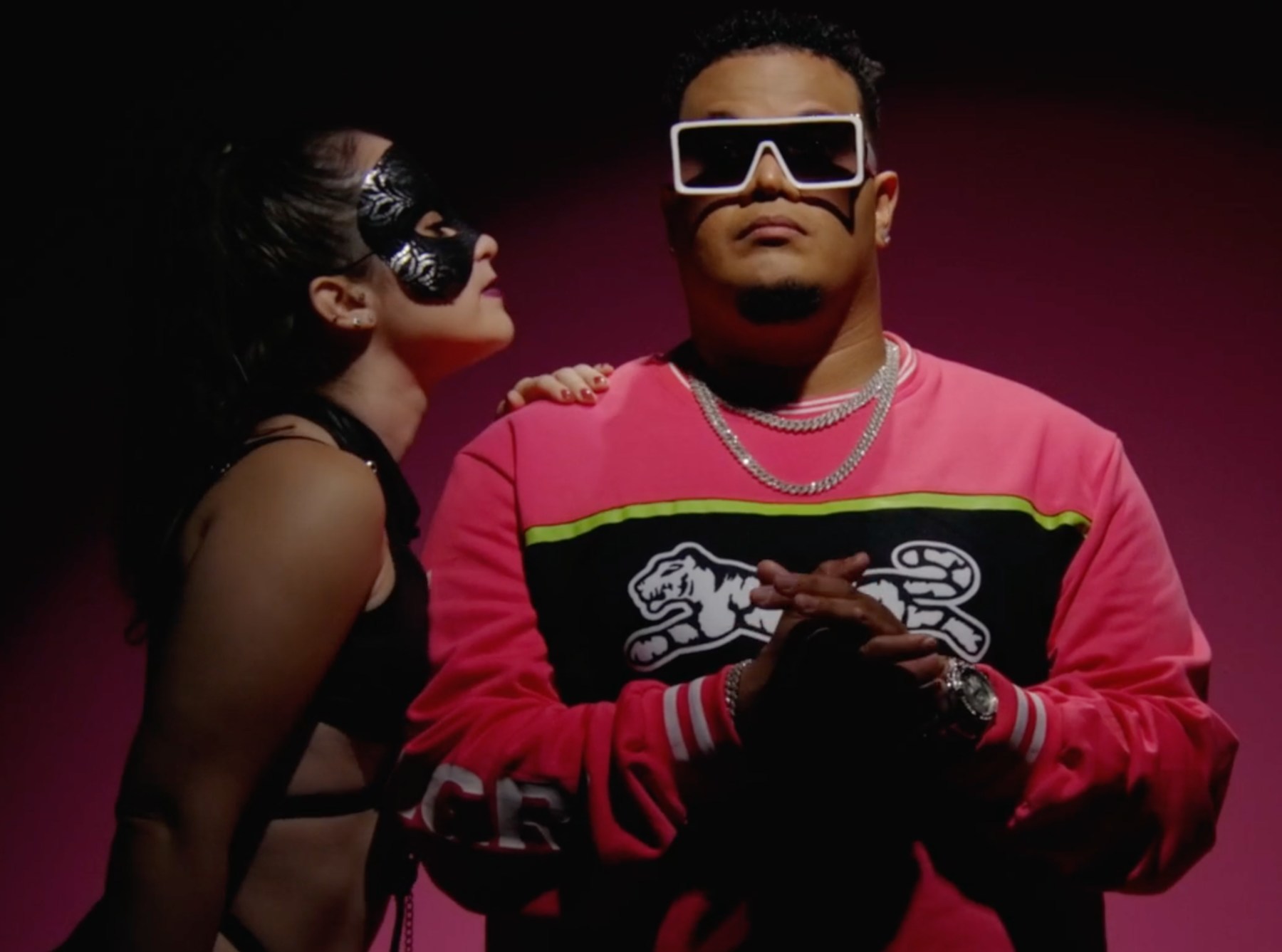 Qiu Hao, who graduated from Central Saint Martins School of Art and Design in London, england, is not only a regular and focus of fashion weeks, but also an independent designer who is favored by fashion people. He won the woolmark Prize, the most influential in the fashion industry, and was also included in The Forbes list of "25 Chinese in Global Fashion". Since 2006, Qiu Hao has developed from an early niche pioneer to a very successful haute couture brand "QIUHAO", becoming one of the representative figures in the Chinese fashion industry.

QIU HAO ADHERED TO THE CONCEPT OF "DESIGN SHOULD NOT BE BOUND BY THE CONCEPT OF TIME" AND THE OVV BRAND WAS IN LINE WITH IT. SINCE ITS INCEPTION, OVV HAS IMPLEMENTED THE CLOTHING AESTHETICS OF "HUMAN CLOTHING IN ONE", IN ORDER TO SHOW THE ENERGY OF WOMEN THEMSELVES, AND THE SEASONAL SERIES MAINTAINS A SIMPLE DESIGN STYLE, DOES NOT FLATTER POPULAR ELEMENTS, TRANSCENDS DAILY COMFORT AND LOW-KEY LUXURY, DEEPLY TOUCHED QIU HAO, AND TOUCHED THE OPPORTUNITY OF THIS COOPERATION. 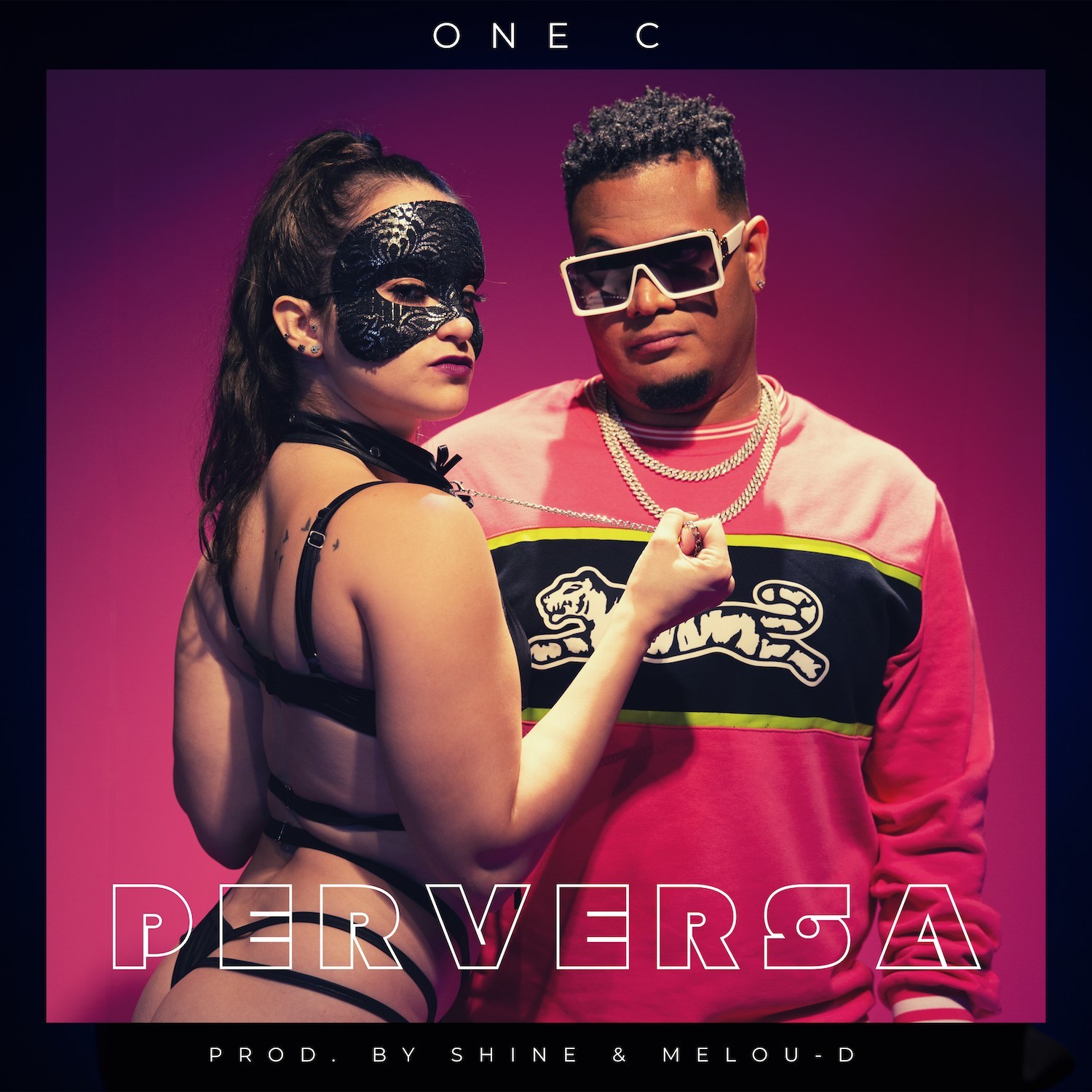 ocusing on perfection and being almost demanding, this is the impression of many people on qiu hao's works. he is like a monk in the fashion industry, firm in his own creative philosophy, believing that clothing should not be a short-term popularity, shopping for your life not one season, he constantly pursues design innovation, fabric refinement, breakthroughs in craftsmanship, so that each piece of clothing still has a vitality after the passage of time.

UNTETHERED BY TIME AND NOT SWAYED BY TRENDS, OVV QIU HAO'S JOINT SERIES HOPES TO ACHIEVE A BALANCE BETWEEN STYLE AND APPLICABILITY THROUGH POSITIVE, PRUDENT AND OPTIMISTIC CREATIVITY, PRESENT THE DESIGN OF HAUTE COUTURE, HAVE AN INDEPENDENT AESTHETIC OF TASTE, FIND THE PLEASANT MOOD OF DRESS, AND EMBED AN EFFORTLESS SENSE OF LUXURY. 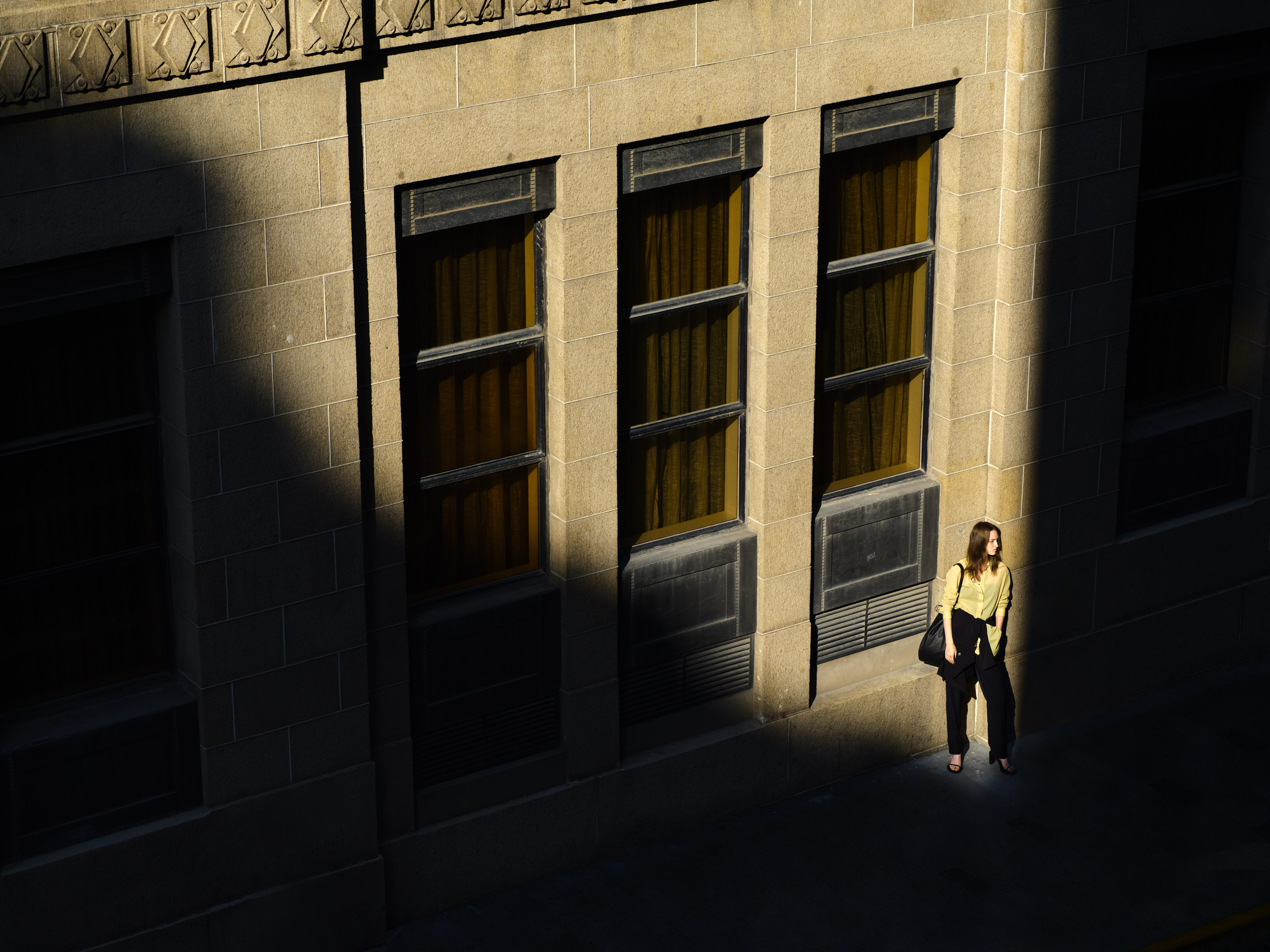 the entire series uses black and white gray as the base tone, slowly evolving into soft beige and high-grade gray tones, restrained colors more test the quality of the fabric, under the modern cut, the lines are loose and simple, the details are exquisite, each piece shows excellent collocation and ease of wear, whether it is worn in a complete set or separately matched, can release their own charm, highlighting the high-level aesthetic of the silent color.

for example, the combination of dark gray pleated skirts and dark tops, because of the difference in color and luster, adds layers and interests to the shape; the black and white plant print series is inspired by qiu hao's plant photography works, which are full of literary wear, and can be perfectly integrated with other items; the lightweight silhouette shirt can be used as a summer jacket, and can also be worn with the bandeau jumpsuit to become a fashionable master.

in addition to the black and white gray, the jumping bright yellow is cleverly added, and the sleeveless woven tops, long-sleeved shirts and sleeveless dresses are used, as if a beam of light containing vitality shines into the silent modern forest, injecting a clear and refreshing emotional tension into the summer day, vividly embodying the theme of "optimistic creativity".

Cinematically skillful films use the fewest lines to express the most turbulent emotions; poems that shake the heart, interpret the most profound philosophies with the most superficial words. Under the aesthetic law of less is more, OVV and Qiu Hao created a "Less, but better" capsule wardrobe, from light and thin silhouette shirts, to delicate and lustrous texture skirts, from silk skin-friendly knitwear to copper ammonia triacetate droop dresses, each piece not only meets the comfort of daily needs, but also can control important social occasions, soft and tough coexist, freedom and elegance, bringing a confident aura to women.

OVV QIU HAO JOINT SERIES OF PRESS CONFERENCES AND POP-UP ACTIVITIES WILL BE HELD SOON, LOCATED IN A CENTURY-OLD GARDEN VILLA IN SHANGHAI, THE SCENE IS PRESENTED WITH A MULTI-MEDIA ART INSTALLATION, GIVING A POETIC AND INTELLECTUAL SPIRITUAL OUTLOOK TO THE "EFFORTLESS SENSE OF LUXURY", AT THAT TIME, YOU WILL BE ABLE TO PERSONALLY EXPERIENCE THE UNIQUE CHARM OF THE OVV QIU HAO JOINT SERIES.

IN THE FUTURE, OVV WILL CONTINUE TO CREATE HIGH-QUALITY FASHION, WITH A HIGH-END ELEGANT POSTURE, TO CREATE AN INDEPENDENT PRESENCE FOR WOMEN THAT IS NOT HELD HOSTAGE BY FASHION. CLOTHING SHOULD NOT BE FAST-PACED, UNLIMITED CONTINUOUS ELIMINATION, WITH A REAL FIT FOR THEIR OWN ITEMS, IN ORDER TO PERCEIVE THE BEAUTY OF CLOTHING WITH THE MOST THOROUGH HEART, THERE IS NO COMPLICATED KITSCH DECORATION, STRIPPED OF DELIBERATELY POPULAR ELEMENTS, CLOTHING IS MORE AND MORE CHARMING.